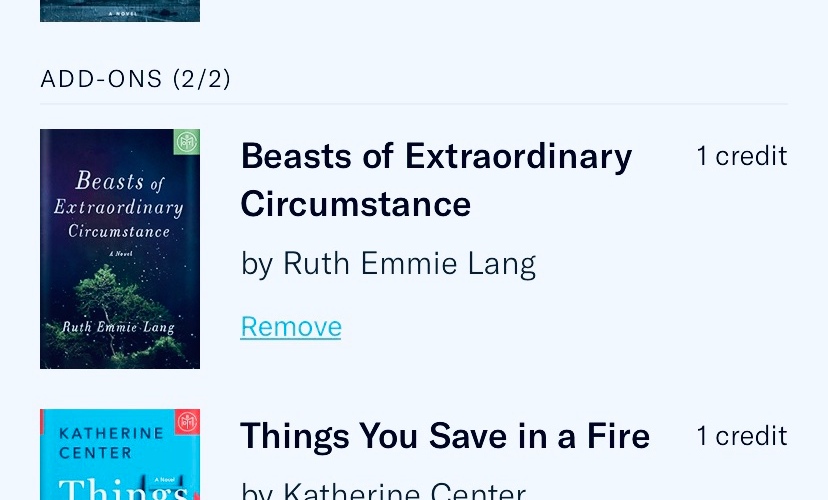 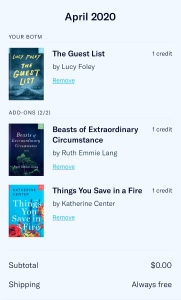 If you haven’t read Things You Save in a Fire, I highly recommend that you do. I recently had one of my social media followers ask about books I recommend for mental health. Personally, I have a hard time finishing self help books. I follow podcasts, Ted Talks, and watch a lot of documentaries. I read ALOT, whether it be a book or an article. I personally relate more to story telling. I love books that I am able to escape reality with but also learn something. Things You Save in a Fire taught me how to begin to move on from something that caused me severe trauma and PTSD. The steps to forgiveness and why it is important to forgive even when someone will no longer be a part of your life completely changed my thought process. I didn’t believe that it was possible to see the good in a situation so devastating. I thought that if I admitted that any good had come from that situation, I was saying that was slightly less awful. As a mother, how do you feel okay saying that something good came from a situation that stole your child’s innocence?

Step One: To forgive you must admit that someone hurt you. That sounds easy enough, right? While I will admit that most of the time this is the easiest step, for fellow empaths or others who overanalyze every situation, this isn’t always a piece of cake. I have always been hard on myself. As the saying goes, you are your own worst critic. I realized that in an attempt to control the uncontrollable, I caused myself destructive anxiety. I believe that there is such thing as a worry that is productive. Being excited about something can be an exceptional motivation factor, but being anxious about something that you have absolutely no control over is destructive. I have a desire to fix everyone and every situation. I want to know what I did wrong and I’d rather be wrong because then I can be proactive about the situation. Admitting that someone else caused me pain and the situation was not within my power to alter was extremely hard for me. Seeing those words in writing while reading someone else’s story put everything into perspective. I knew the answers all along and I was fighting to change something that I had no choice but to accept or let it destroy me. Admit to yourself that you allowed someone to get close to you. Admit to yourself that you were a victim of a crime. Admit to yourself that you are a little bit broken right now. Admit to yourself that you are allowed to feel pain. To become a survivor, you have to feel what you need to feel first. Feeling the pain now allows your body to time to process the emotions. As someone who still suffers from PTSD, I thought that avoiding the emotions would keep me from feeling pain.

For example, I tried my best to stay off social media. Don’t misread what I’m saying. Taking a break from social media and distancing yourself from any kind of negative environment is a good thing. In my case, social media was important to me before the trauma. I stayed in touch with my family and friends and by avoiding it all together, as well as not allowing myself to process my trauma in a healthy way, I cast the entire trauma off on social media. I didn’t know who to blame anymore. I didn’t even have a lucid version of what actually happened in my mind. I became triggered everytime I received an email or text message. I dreaded checking social media accounts to the point where I had anxiety attacks just thinking about reading a message. I associated any pain that I was feeling with social media. In the process, I missed positive messages from friends and family and pushed people who wanted to support me away.

It’s important to admit what happened. I am all about taking responsibility for what I do wrong, and I would never tell you to place blame where it is not due. However, we have so many negative thoughts that go through our head every single day. Telling yourself that something was your fault when it wasn’t will not make the pain go away. It will not give you any more control over the situation. It will only prolong the healing process. Admitting what happened is important for the next step.

Step Two: Acknowledge that the person who hurt you is flawed, like all people are. To me, this was a lot bigger than just saying that someone sucked. It was saying that in a way, we are all a little broken. Our flaws can add character, and they can cause some serious damage. In acknowledging that the person who hurt me is flawed, I also acknowledged that I was. I learned that sometimes it’s no one’s fault. Sometimes two people can be toxic for each other. People don’t always apologize and you won’t always receive the closure that you so desperately hoped for. Part of the healing process is gaining an understanding of what happened. In no way do I mean fixate on the situation or allow it to control your life. But you need to have an idea of what went wrong, the parts of the situation that you do have control over, and the parts that you do not. You can control your reaction to someone else’s actions, but you cannot control their actions.

What do you do when the person who hurt you is blaming you? This question is precisely why forgiveness is so important. Forgiving someone else is not always for them. It’s so that you can move on. If you blame yourself for everything that goes wrong in life, not only will you be miserable, but you will limit yourself in ways that you cannot even imagine. So again, feel what you need to feel…and then move on. You are in no way saying that because all people have flaws, someone’s flaws did not hurt you. You are simply saying that imperfections can cause pain and gaining a better understanding of boundaries that you may need to set in the future.

Are you ready for step three? I know I wasn’t, but here goes.

Step Three: Find something positive that would not have happened if the situation had not occurred. For the longest time I thought that finding something good discredited me. I thought that finding a glimmer of light and hope would give someone the power to say that I spent no time in the dark. The trauma we suffered was real. I know this because I finally allowed myself to feel. That doesn’t mean that I’m never allowed to experience joy again. That doesn’t mean that I can’t find peace and move on. It doesn’t mean that I wanted this to happen to me. Finding the good in a bad situation allows you to change your story. It doesn’t delete the chapters before it. They will always be with you. But it allows room for new characters and events. Someone once told me that the reason some people stay stuck in the worst moments of their life is because that’s all they have. They live in that moment because it was significant.

I don’t want to give too much of the book away because you really should read it for yourself, but I will reference a part of the book (with no spoiler context) that was super relateable to me. One of the characters mentioned that when she envisioned her trauma, she pictured herself as scared and hopeless. When she finally embraced the power of forgiveness, she pictured the woman that she had become sitting alongside the scared little girl. She pictured herself giving her a hug and letting her know that it will be okay. That might sound crazy to some, but for trauma victims it’s common to feel as though your life was split into two parts: the part of you that lived before the trauma, and the person that you became afterwards. The middle can be kind of hazy sometimes. Your body has a way of shutting down some of those thoughts and preventing you from remembering certain things. Don’t spend so much time wishing that the past didn’t happen. It did. But what are you going to do about it? Are you going to remain stuck in the moment? Will you use your knowledge to help others see the light?